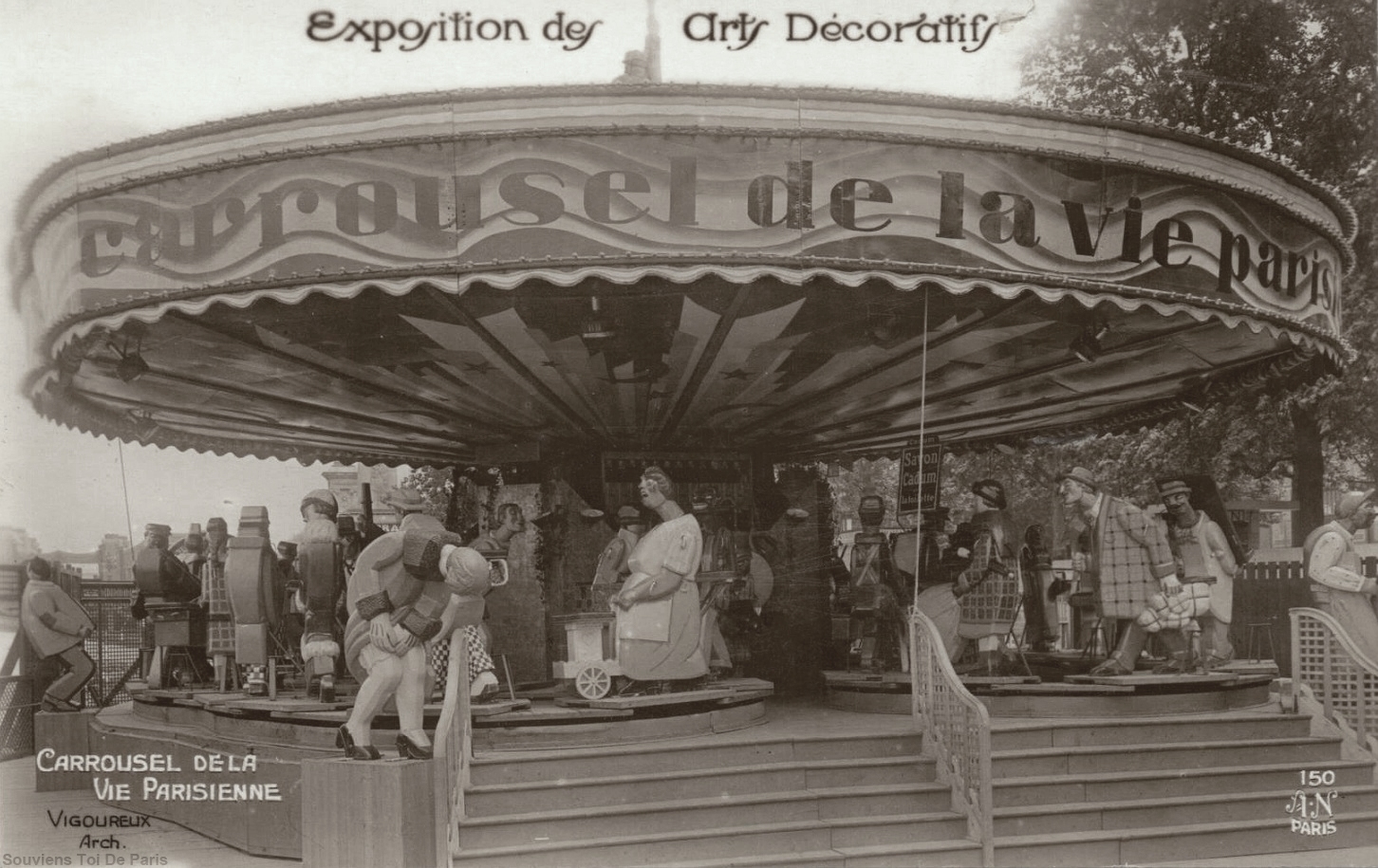 We are in april 1925 when the International Exhibition of Modern Industrial and Decorative Arts opens at the Invalides in Paris. Driven by french creators like the architects Robert Mallet-Stevens, Pierre Patout, Henri Sauvage, the fashion designer Paul Poiret or the illustrator Robert Bonfils, the Art Deco movement reaches its zenith.

Away from the main pavilions built for the event, an astonishing merry go round mounted on a deck over the Seine delights visitors : the Carrousel de la Vie Parisienne (The Parisian Life Carousel).

It’s one of the few rides of a small amusement park located on the Seine left bank, close to the Alexandre III bridge. This is its first appearance under this form, but the ride already had several lives. Its first release is dated 1909 when Mr Pieau set the “Tramontane” ride on the Nation place for the Gingerbread Fair. He will be sold a few years later to Lhoëst, then to Michaud, before being magnificently converted in 1925. Upon Paul Poiret request, the sculptor Pierre Vigoureux is chosen to realize the 47 seats representing typical people enliving the streets of Paris : waiter, street vendor, nanny, tailor… These two pictures published as postcards by Armand Noyer are some of the very few existing views of this irresistible attraction. 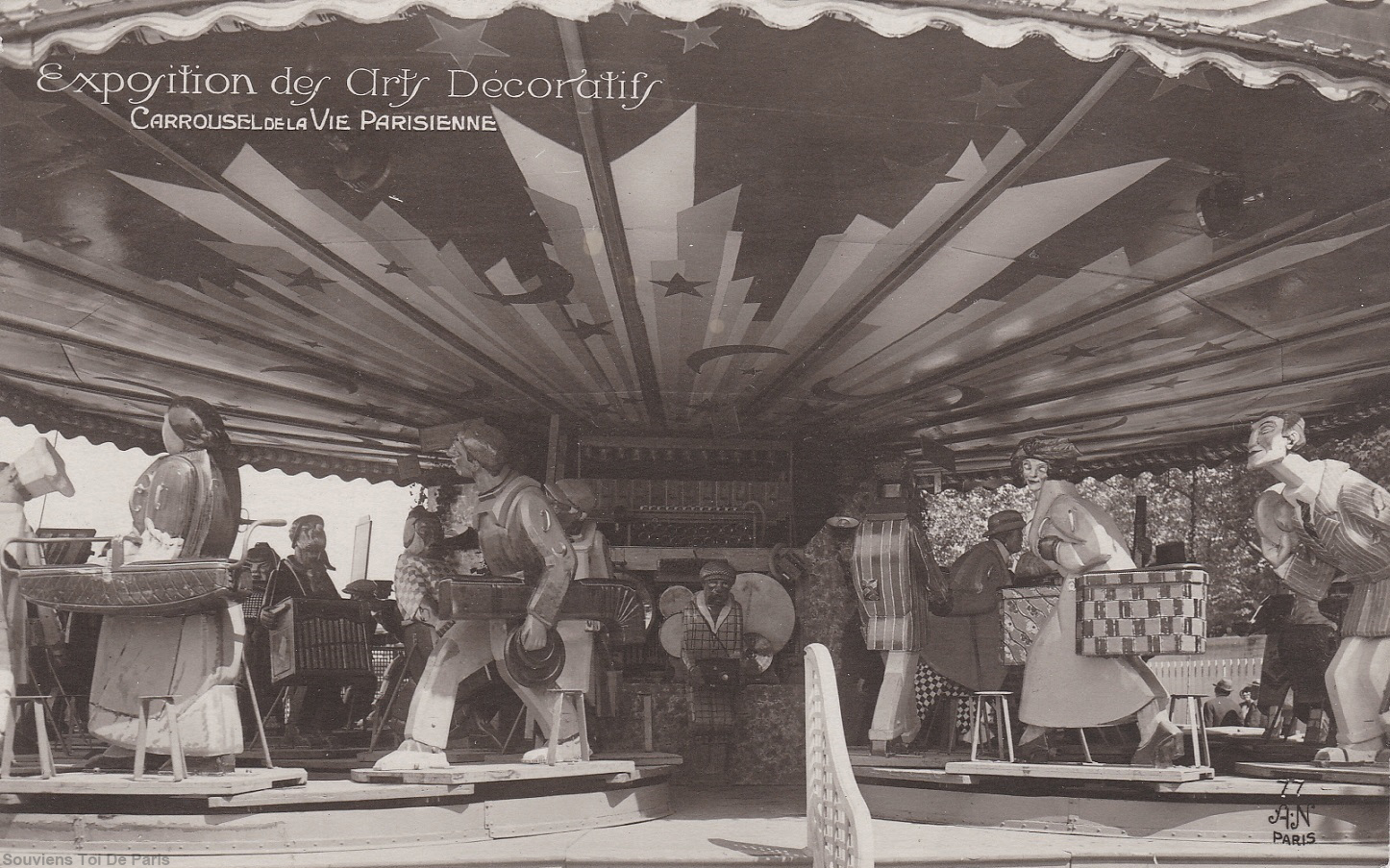 After the International Art Deco Exhibition, the carousel has been seen for the last time Boulevard Pasteur on a press photo, still making parisian turn heads during spring 1926, before definitively losing track of it…